Vegan and Plant Based Feelings: Navigating the sometimes emotional waters of dietary and lifestyle choices. 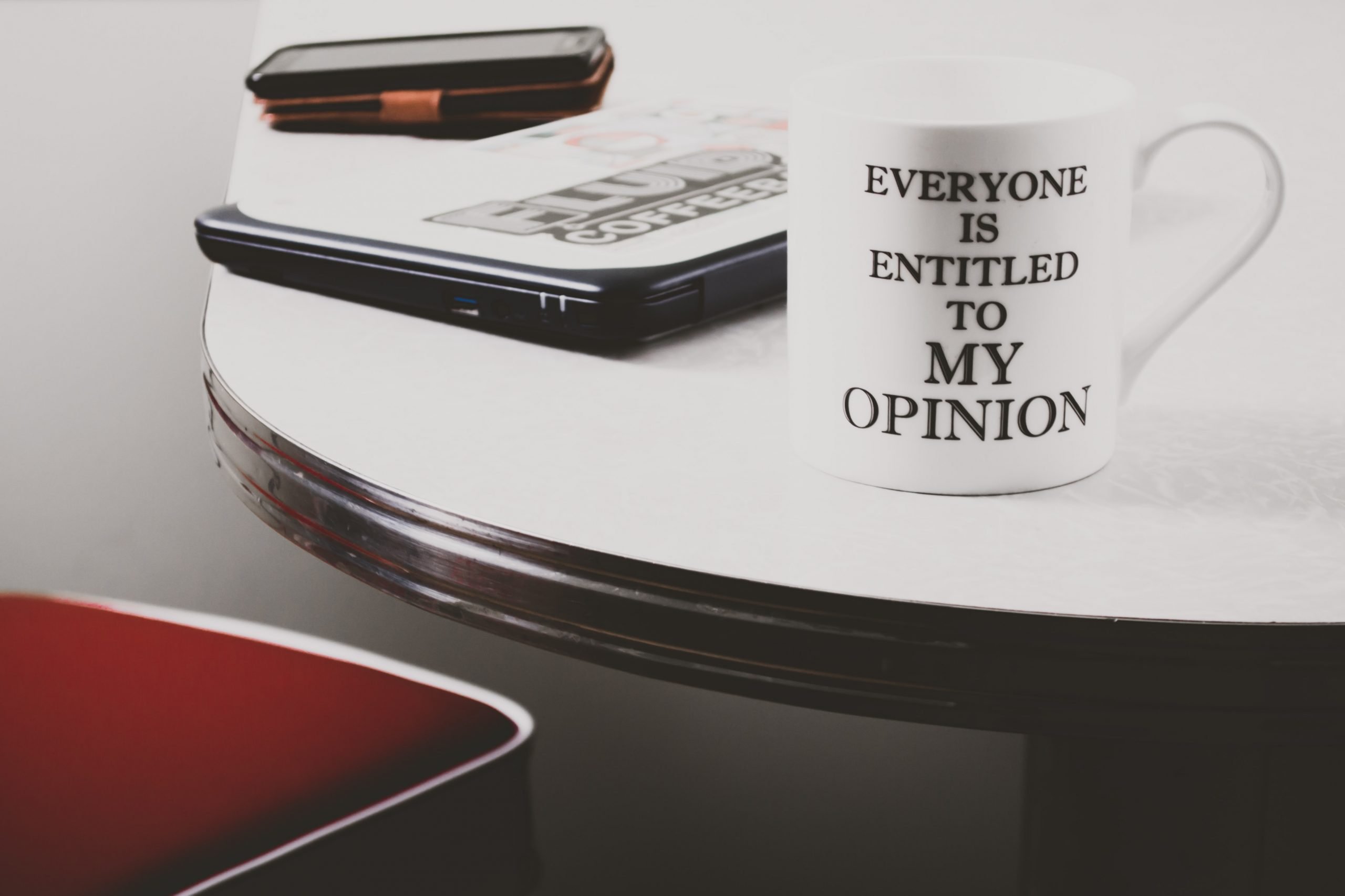 The internet. So full of opinions! There are none out there quite as strong as vegan and plant based feelings in chats and threads on the interwebs.  We will often find solidarity in condemning those “big talk behind the keyboard A-holes,” and a lot of times, that is the case. Today I had a different thought about that person, though. What if we took to compassion for the trolls instead?

I am in a ton of vegan and plant based groups on Facebook and social media. I gather information, offer support, get tips. Add my two cents sometimes. I do my very best to stay as neutral as possible without offending anyone, and seeing it from their side. Sometimes, you get the wrong end of the horn with people online. And they don’t necessarily follow the same etiquette that we would like.

I ask for you to take a couple of beats and think about two things:

There are plenty of instances when a persons behaviour can get offensive and not really fall under the “maybe they’re going through something” blanket, even though they obviously are.

I’m going to get real here about two engagements I had this week online. Was I in the right? Does it matter? How could I have handled it differently?  Maybe my pregnancy has me standing a little more tough in my boots than normal, but here’s what went down.

In a natural child birthing group with thousands of members, Someone posted about how insensitive people could be with their opinions on what you have named your child. She had received a very unsolicited and rude comment on her newborn’s name from her in-laws for the umpteenth time. She was asking for support and advice on how to handle it without coming off like a bad guy. There were hundreds of comments, many of which dealt with the same thing, and shared their babies’ names.  Of course, in an alternative group there were some unusual names. Kept my opinions shut, afterall there are Moms from many countries in the group, and they are in a different generation. Name your kid what you want.

Someone went through and started calling out all the weird names by saying they were good names for a dog, asking what type of dog food you feed them at this age, and even adding some woofs, and some dog video memes, along with the laugh cry emoji.  She went rampant through many of the comments citing an unusual name. Totes uncool, and disrespectful.

Normally one to ignore people’s outbursts, especially when not directed at me, I chose to speak up and ask why would she be in this thread if she offered no value, and what exactly was her mission? Of course that added fuel to the fire, so I disengaged (always the best move) and reported all her comments to the admins. The end.

I did think about her later, and checked out her profile. A very young, tattooed and pierced mother, with ink black hair and eyeliner, and a pentagram shirt, smiling and holding her beloved bundle. I could judge all I want, but she is just a young mother. She probably had some serious bullying in her life, and that’s how she knows to connect. Maybe she thought by being funny she could drum up some camaraderie. It definitely didn’t make me feel bad about reporting her, she could use some boundary training, but my heart truly went out to her.

So that’s the trolling extreme, but what about when we get to more gray-area debatable discord? Today, I saw a reply to a comment I made in a Plant Based group (also with thousands of members) in response to a woman’s post asking how to feed her family and kids who are so not on board and want her to cook them meat. “HELP!” She cried in her post.

I have two kids, and tons of experience with helping people to transition, so I know the drill! I recommended the ways to get beans and grains and veggies on their good side and some tactics that work, along with adding that during the transition she could use some vegan meat and cheese substitutes as long as she always added a healthy veggie and fruit.

Well, that really ticked someone off, and they went full-on at me about how junk food was absolutely not ok to recommend and that it was even worse than meat and to NEVER do that to your family! How dare I recommend it? I replied that I understood where she was coming from, and that of course, it isn’t as healthy as Whole Food Plant Based, but it is a great tool to transition. I added that, although junk, it was not as bad as meat junk, containing no cholesterol, no saturated fat, and no cruelty.

Lol, it didn’t take. She rebutted angrily and whole heartedly. This is where I let it lie. I walked away from it, having already engaged too much. These two stories are probably the most combative I have ever been online. (made me reflect on what the heck I am going through, pregnant mama-bear much?)

As you transition more and more into the plant based life, you will see how absolutely volatile it can be. I am generalizing here, of course it isn’t EVERYONE, but Vegans are fuming mad about Plant Based people calling themselves Vegan and want their word back. Plant Based people get fired the heck up about not being totally compliant with no oil or salt or sugar or cheating, ever ever. Vegan/Plant Based junk food is a huge hot button topic for all. SO MANY feelings about it! Everyone in these groups wants to preach and teach, but at the end of the day, aren’t we all in there for the same reason? Support and Community?

Regardless of how another person somewhere in the world is reacting to anyone’s advice, opinions, facts, or choices; we have to remind OURSELVES (not them) that we are all a part of this human experience and we need to support one another. Getting mad that someone doesn’t see it that way is not helping either one of you.

I can feel “good” about my experience, having “told her!” but honestly, I am more ashamed at my reaction. I didn’t call her any names or even attempt engaging in conflict, but feelings about diet are DEEPLY rooted. She may have just had an intense battle over nutrition with her mother who watches her kids and was at her wits end. I don’t know her story. (I mean, I didn’t see any kids on her facebook page, so probably not a parent, but shut up! Judgey judgey brain! Not your business!)

Maybe she didn’t have kids, and maybe she’s been struggling with infertility and it hurts to see other raising kids and making choices that she would not make. I know about years of infertility, and it makes you pretty on edge. You idealize the type of parent you would be, and it’s so hard to see parents complain about their kids and making normal parent choices that aren’t always ideal.

The point here is, ALWAYS reflect on what someone else could potentially be going through. Combating her response to my comment did not add to the discussion. People could read both sides and decide their own feelings, all on their own.

The meat vs. veggie worlds, and the vegan vs. plant based worlds are highly volatile grounds, much like politics. I have said this MANY MANY times, but here are my tactics for dealing with opposition and controversy.

I hope this is helpful for those of you navigating the waters of the great ocean of feelings that you may encounter with Plant Based living.  You are not required to defend your choices. You do not need to educate anyone. And (talking to myself) try to refrain from reacting to those opinionated people online. They are everywhere. Just move along.

I almost didn’t share this today, worried I would look like a combative maniac with my online talk back, and even considered writing it as if someone else had made the faux pas of engaging. But hey, I am a real person, and like those other maniacs at the other end of their keyboards, maybe I was going through some stuff that day.

Also, my husband is always glad to point out that my idea of being a tough-ass is hilarious, “Oh yeah??? Well you can go eat some butterflies and have a nice day!” But for me, those were really strong fighting words I shared.

Good luck to you out there; in the Plant Based World, the religious world, the political world, and whatever other world you are in that is filled with controversy. I hear the pickling community is fiercely divisive. (NO, I didn’t really, but it is fun to think of two guys arguing about fermentation vs. vinegar over some wooden barrels.) “Peppercorn with rice vinegar? You’ve gone too far this time!”  That isn’t real, but it is funny to put into perspective how silly some of the things are that we can disagree on.

Please share this post with your friends and join the Kickin Vegan Facebook group for more support (and no yelling) on your plant based journey or your curiosity for it.

Subscribe to my weekly email newsletter, with the green form below, for fun veggie headlines and recipes, and I’ll send you a free Kitchen Prep guide to set yourself up for success for the week on a Plant Based plan.

Health, Wealth, and Happiness for everybody, y’all!

Britt Taylor is a Vegan and a 2nd degree blackbelt. She is a wife, mother, and businesswoman. Currently living in bliss with a healthy vegan pregnancy on the lake in South Carolina. A runner (well, mostly a walker these days!) and a personal development director of opportunity. Once she retired in 2019, she has made the free lancing and self made woman world her passion and joy! All she really cares about is helping people transition to a Plant Based lifestyle in the easiest, most painless way and helping them to see that is is easy, fun, sexy and adventurous! She is passionate that it is the truest way that we can live in the peak of health for ourselves, and bonus! The Planet! Britt has an undergrad in both Theatre Arts and Nutrition and decided against pursuing her Master's in order to focus on a truer path in the health paradigm, so she got her online certificate in Plant Based Nutrition from Cornell University. A lifetime studier of health and nutrition has led her on this 30 year journey to be of assistance with those who are trying to navigate this often confusing and contradictory world of nutrition information. She is here to help those who are ready to transition be able to do so with a clarity of purpose and understanding.

The question might be better asked; are Americans malnourished? Obese Americans eating at fast food restaurants are certainly malnourished.  It's not as apparent, as they are not undernourished!  Yet, many vegans get a bad rap for being malnourished. 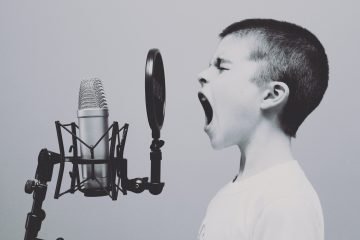 Accountability For The Win: Reach your goals

Call your Mom. Call your BFF. Tell people you're doing this.  You should be so convicted, they are slightly worried about you, make it weird. 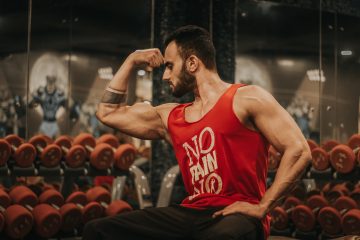 I blacked out at work in the middle of the vitamin department. I'm the health consultant, ready to serve, and I fall out hard. This is a series. I dredge up this unsavory bit of my past because I have had several conversations this week about the phases of going to a Plant Based Life, and how some people have experienced fatigue, or light headedness.