Warning: array_intersect(): Expected parameter 2 to be an array, null given in /home/customer/www/kickinvegan.com/public_html/wp-content/plugins/page-or-post-clone/page-or-post-clone.php on line 123
 About » Kickin' Vegan 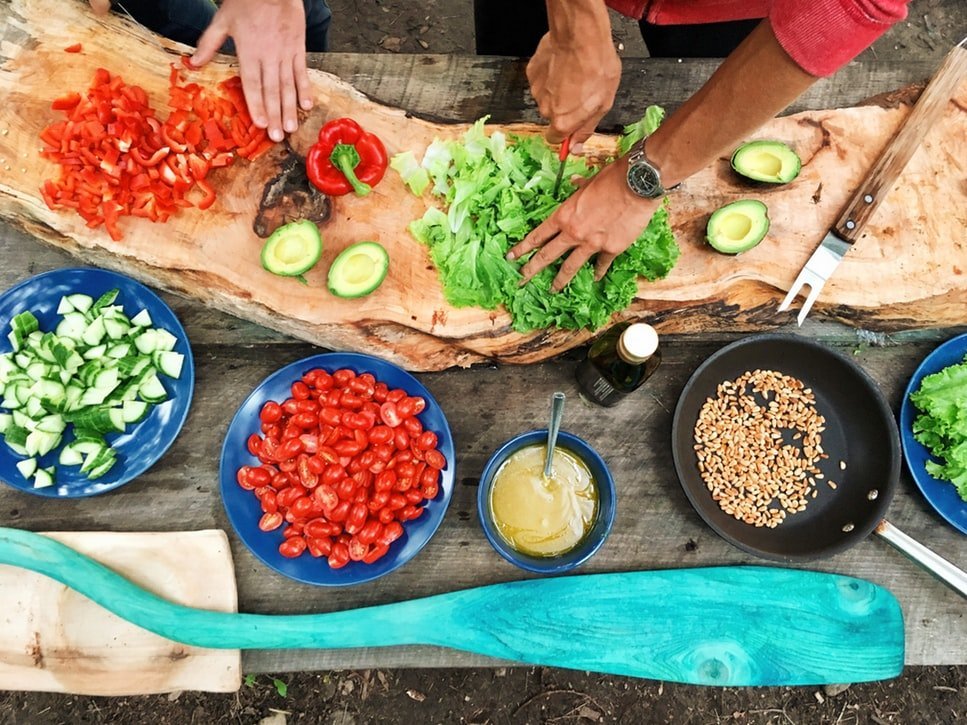 How did the Kickin’ Vegan come to be? 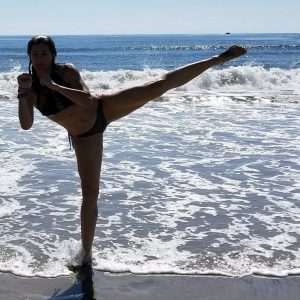 It started decades ago, really. I was in Kindergarten or first grade when my Grandpa used to point at the salt shaker and yes, “This is poison! Poison I tell ya!” I was scared of salt until college.

I read a book called Fit For Life by the Diamonds when I was still in elementary school. Science, health and nutrition were fascinating to me! My Dad was a marine who ran marathons, triathlons and all kinds of other races all the time. If we were old enough to enter we did, or we were always there to cheer him on.  I was raised in Hawaii with a deep appreciation for fresh fruit picked right off the trees in the yard. I respected nature, animals, the environment and my health.

I became vegetarian around the middle of high school, and I experimented for years with my health as an athlete. I needed to eat massive amounts of calories to keep up with my physical activity, and I suffered from a pituitary tumor all through high school and had it removed in college when I was 18. It took years, decades even, to level out my hormones. All this time I devoured everything I could on nutrition and alternative health.

I went vegan, and things were going really well until I started to have seizures and blackouts. I thought it was my diet. (It was not) I searched for answers from all of the alternative medicine and nutrition experts, books, and studies I could get my hands on.  The doctors were clueless and never gave me a diagnosis.  I was headed to an herbal and nutrition conference in Asheville that I attended every year, eager to hear one of my Vegan idols speak. I knew she would tell me how to be a perfect vegan. I felt like my questions would finally be answered. Instead, An auditorium full of students and teachers watched her have a nervous breakdown and tell us all we needed to stop eating beans and load up on meat. It was surreal. But I was impressionable, So I started eating chicken and even meat, for about a year or two.

Isn’t hindsight 20/20? I gained weight, became aggressive and depressed and as a newlywed, started to be discouraged at my inability to conceive. How could I be so lost? I knew I should be vegan, but I was afraid I would start to have seizures again. I began seeking answers agin to my fertility issues.  All of my problems my whole life seemed to center around my hormones and my stress levels. But I was yet to connect the dots. Back in that period of my life a few years previous where I was having blackout spells, I was eating only plants, but not very many. I wasn’t consuming nearly enough calories to sustain a normal life. maybe 700 a day. And I was out all night, drinking and smoking until 3 or 4 in the morning, waking up to run 6 miles at 6 am every day, then working all day long and doing it all over again. Self care. It’s the most important thing!  I was far from that life at this point, but had taken a wrong turn nutritionally.

I decided to really educate myself, but it was so overwhelming trying to find answers. I read every single book on Nutrition. I became vegetarian again and felt really guilty every time I ate cheese. I knew it want right, so started to eat closer to a vegan diet, and eventually 100% vegan.  I’ll admit, I ate a lot of healthy things, butI was also a junk food vegan and was still drinking and occasionally smoking.

After 5 years and two miscarriages, I finally became pregnant with my eldest, with the help of science. Since we had figured out the formula, we did it again and had a second. That was 10 and 11 years ago, and we have never used birth control since we couldn’t do this baby thing on our own. Our family was complete, and I was already in my mid-late thirties so I didn’t want to push the odds.

My Mom was diagnosed  with Stage IV Leukemia when my daughter was a newborn. She was gone in four months from diagnosis.  At this point, I was raising two under two and had becoming fully vegan.  I had run into some resources that started to help me see the  light.  First, I read the engine 2 Diet.  Now, I read every single diet book and usually gave them very little validity. But the one was too full of common sense to ignore. I started getting into the ant-cancer whole foods plant based diet.  The more I researched on cancer, the more studies I found, and then I read the China Study, How to Prevent and Reverse Hart Disease, and realized finally that all of America’s health problems were bathed in Meat, Dairy, and Eggs. I could not ignore the facts, and I had ALWAYS felt strongly that animal products couldn’t really be healthy.

I went back to school and turned my Theatre degree into another undergrad in Nutrition so that I could get y Master’s in Nutrition. I was in school for to years as I trained for and ran marathons on a completely plant based diet. I have never felt healthier and more energetic, and my athletic performance was at it’s peak.  As I was about to enter the Master’s program, I had that tugging feeling that all was not rift. All of the studies and scholarships were funded by meat, dairy, and Pharma. This was a huge conflict of interest. As I pled with the department heads to allow me the freedom to do my studies on the effects of the plant based diet, I was firmly assured that I was there to learn the recommendations of the USDA and to institutionalize them. That was the job I was learning to do. This was from the number 2 rated Nutrition Masters in the country. I looked at the debt and time away from my family I was facing just so that I could get a piece of paper to validate my self worth, in order to perform a job that was 100% against everything I believed in. No, I did not enter that program.

Instead, I found that Cornell University offered a Plant Based Nutrition Certification, the only one in the Country, and I went for it.  I consider myself to be a lucky graduate amongst many of my worthy peers who have taken the same certification course. many have gone on to great things and become plant based leaders. The Program is run by the T Colin Campbell Foundation, who has ties to all of my favorite information sources: The China Study, The Engine 2 Diet, Forks Over Knives,

Let’s Fast Forward a little bit here. I am now the proud wife and mother of two healthy vegan kids, 10 and 11. I have struck out on my own as an independent Plant Based Leader carving my own way down this path of life. After the rehabilitation I have done on my health, I have miraculously cured my lifetime hormonal problems and inability to conceive. I told you we weren’t fertile and have never used birth control, yet somehow, at 46 I am pregnant! I didn’t even know for the first two months.

Side effects of plant based living: you may experience amazing health, clear skin, boundless energy, major athletic performance capacity, and unexpected fertility!  My journey is my own ad it may differ greatly from the reasons you are here. I celebrate life every dy, and the all precautionary steps to avoid the diseases of affluence that have stolen the lives of so many.  Cancer, Heart Disease, Stroke, for starters.  That won’t be what takes me! My compassion for animals and that planet has grown immeasurably through this journey as well, and those are side benefits of optimal health! Everybody wins.  I hope you are inspired and I would love to hear the reasons you turned your head this way. With Plants, we can save ourselves and the world.[mailerlite_form form_id=1]